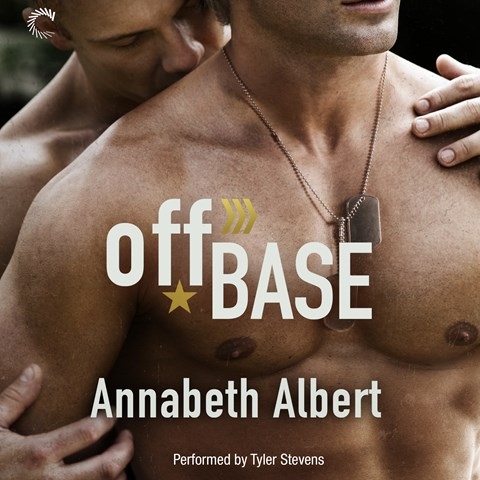 OFF BASE Out of Uniform, Book 1

Zack Nelson sweats it out in Navy SEALS training, hoping no one discovers his hidden preference for guys. Then, a renovation project at his off-base housing brings Pike Reynolds and a chance at happily ever after for Zack. Narrator Tyler Stevens captures Zack's agonizing dilemma as he wavers between coming out and bowing to family expectations. He voices Zack as a tough SEAL who struggles with his emotions. Pike comes across as a confident flirt with an unspoken fear of getting hurt. Stevens uses a slightly higher register for Pike and a vulnerable gruffness for Zack, which works well in their dialogue and bedroom scenes. Secondary characters from Zack's military and Pike's academic circles are differentiated and memorable. Stevens makes their courtship sweet and sexy. C.A. Winner of AudioFile Earphones Award © AudioFile 2017, Portland, Maine [Published: APRIL 2017]