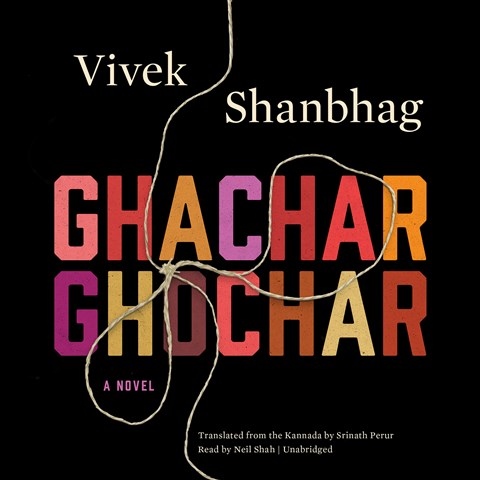 The narrator is a modern young Indian man, disaffected from his wife and extended family members. He finds solace in a neighborhood coffeehouse, comforted by a sage-like waiter named Vincent who dispenses advice in ambiguous phrases. Neil Shah gives voice to the existential crisis at the narrator's core. Six family members live under one roof, tolerating each other. Shah describes their relational highs and lows in a sardonic tone. His narrative style delivers the story in precise, clipped sentences at steady pace. Shah's experience shows in his well-rounded portrayal of female characters. This short audiobook can be enjoyed on a single road trip or flight. M.R. © AudioFile 2017, Portland, Maine [Published: JUNE 2017]