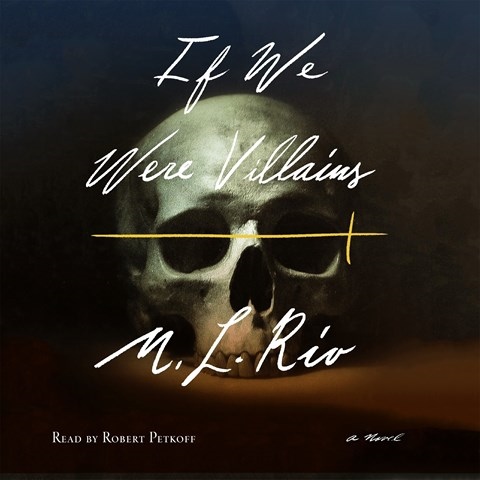 IF WE WERE VILLAINS

Narrator Robert Petkoff, a consummate actor himself, delivers a compelling performance of Rio's literary thriller, which takes place in the world of theater. A group of college students is studying at a prestigious conservatory that focuses solely on Shakespeare. But this story doesn't just dabble in the Bard. Shakespeare's words are woven throughout the narrative itself, not only during performance scenes but also during moments of private conversations, enhancing the intrigue. The setting is a fictional college with a gothic overtone, and the main characters reside in a castle dormitory. Oliver, one of seven students in a close-knit group of fourth-years, is facing a perilous academic year as relationships fracture, leading to tragedy. Petkoff skillfully delivers the rising tension that leads to a shattering conclusion. S.P.C. © AudioFile 2017, Portland, Maine [Published: APRIL 2017]