Home»Reviews»THE STRANGER IN THE WOODS 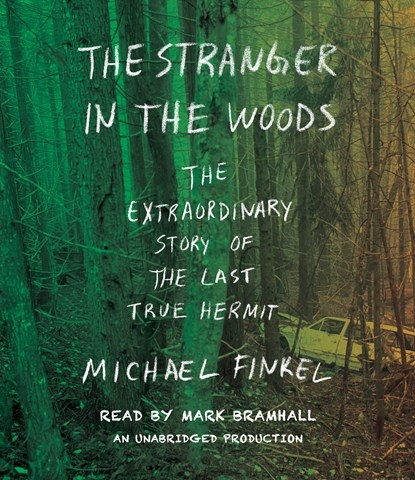 A fascinating story, great writing, and strong narration come together in this audiobook. In 2013 Christopher Knight was arrested after breaking into yet another camp in Maine. Investigators soon learned he was a hermit who had been living in the area since 1986 and whose exploits were known to many. Through research and narrative, the author tells a story about a type of person few of us understand. And Mark Bramhall really brings it alive. He narrates in a straightforward, clear voice from the author's perspective, but when he quotes Knight, he uses a spot-on Maine accent with nary a misstep. As a result, listeners can easily imagine themselves in the Maine woods, where Knight lived for almost 30 years. M.B. © AudioFile 2017, Portland, Maine [Published: APRIL 2017]