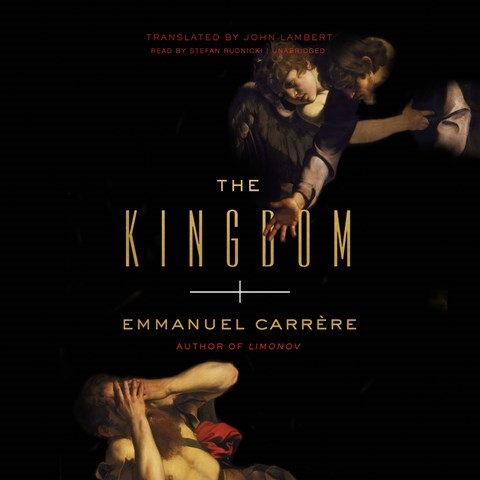 An expert narrator can anchor the most meandering of books--as Stefan Rudnicki does with this one. Carrere focuses on the apostles Paul and Luke, neither of whom knew Jesus but who were nonetheless instrumental in shaping the early Christian movement. That's the storyline of this audiobook, but it's also laden with an intricate weave of personal reflection, close dissection of biblical texts, and a good deal of backtracking and second-guessing. Rudnicki's steady pace and confident delivery provide the unifying thread for a narrative that is fascinating but too often unchecked and unedited. As Carrere strips away inconsistencies and probable elaborations, what's left intact is the voice of Jesus--a distinctive and recognizable voice that has survived through the centuries. A provocative book, expertly read, this is a historical reconstruction for believers, and even more so, for nonbelievers. D.A.W. Winner of AudioFile Earphones Award © AudioFile 2017, Portland, Maine [Published: FEBRUARY 2017]