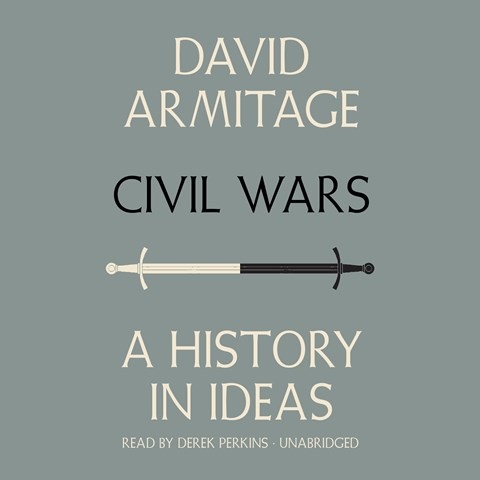 CIVIL WARS A History in Ideas

Armitage's scholarly work examines the idea of civil war from ancient Rome to the present day in a text that demands thought and attention. Narrator Derek Perkins takes it at a perfect pace, not too slow but allowing the listener, for the most part, to follow Armitage's arguments and tracing of intellectual connections. Though the audiobook is academic, Perkins reads with energy but without showiness, always giving primacy to the text. He seems especially careful to reflect its meaning in his tone and emphases. His fine, deep voice and clipped accent complement his pacing and command of sense. The subject matter, including fine distinctions of law still debated, does not make for an easy listen, but Perkins's intelligence helps the listener along and keeps the material palatable. W.M. © AudioFile 2017, Portland, Maine [Published: APRIL 2017]