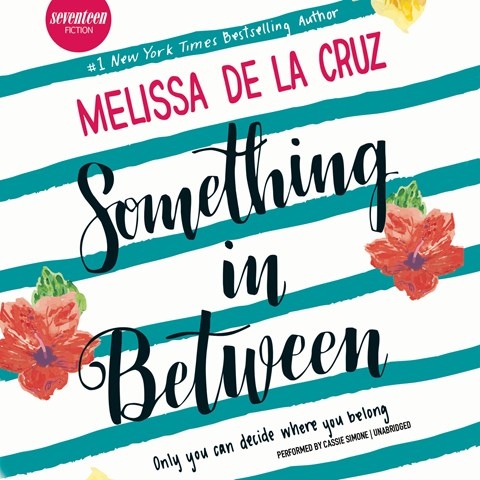 In clear tones brimming with heart, narrator Cassie Simone brings 17-year-old Jasmine de los Santos to life. After hearing she's won a National Honor Scholarship, this studious and hardworking teenager is devastated when she learns of her family's status as illegal immigrants, which means that college may be impossible and deportation is a serious threat. Her life becomes increasingly more complicated when she falls for Royce Blakely, the charming and kindhearted son of a high-ranking congressman who opposes an immigration-reform bill that would allow her to go to college. Although the plot focuses more on the romance itself--kept tame for younger teens--than on the more interesting struggle of the family to gain the American Dream, Simone skillfully portrays a diverse cast of characters. D.S. © AudioFile 2017, Portland, Maine [Published: APRIL 2017]