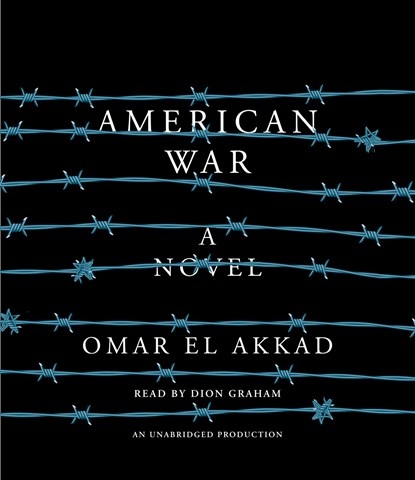 This audiobook, vividly imagined by journalist Omar El Akkad and narrated by Dion Graham, transports listeners to a near-future America ravaged by war. In 2074, the Second American Civil War ignites, primarily over the federal outlawing of fossil fuels. As the red and blue states once again clash, young Sarah T. Chestnut (she's called Sarat) and her family eke out a living in the much-diminished and neutral state of Louisiana. But soon enough the Chestnuts are displaced and forced into a refugee camp, marking the start of their family's historic role in the war. Graham infuses the Chestnuts' story with urgency and heart, and he reads the official documents recounting the war with chilling veracity--making this dystopian vision of America feel all too real. A.T.N. © AudioFile 2017, Portland, Maine [Published: MARCH 2017]