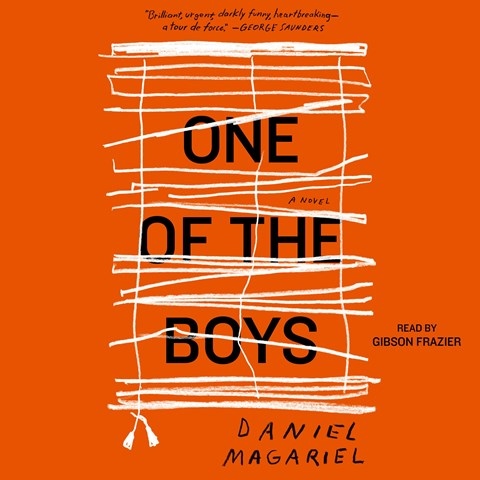 ONE OF THE BOYS

Narrator Gibson Frazier's pensive tone conveys a subtly tragic atmosphere that fits the somber events of Mageriel's story. A father and his two children move from Kansas to New Mexico after a custody fight. While the children attempt to establish their new lives, their father declines, falling into drug use as well as physical and emotional abuse. Throughout the audiobook, listeners will be anchored by Frazier's performance. He unflinchingly conveys the story's most difficult passages while finding the right level of thoughtful nuance. For example, in one scene a child sustains physical injury in order to deceive child protective services. Through it all, the father admonishes his youngest son to "be one of the boys." S.P.C. © AudioFile 2017, Portland, Maine [Published: APRIL 2017]