Home»Reviews»THE CRISIS OF THE MIDDLE-CLASS CONSTITUTION 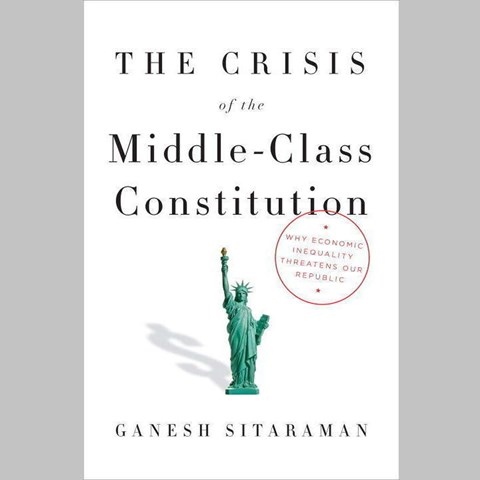 MacLeod Andrews's inflections on contemporary catchphrases like "rising inequality" make the rising economic disparity in our nation seem less ominous than this book's title might suggest. Rather than sounding detached, however, Andrews's tone leaves room for the listener to consider the author's arguments in the context of history. His upbeat vocal style is necessary for the discussion of two millennia of governing structures, each flawed and doomed to failure due to constitutions that encouraged "class warfare." Andrews breezily intersperses the lecture with comparisons to the United States' "middle-class" constitution, which, Sitaraman opines, was designed with the equality of the population at its core. M.P.P. © AudioFile 2017, Portland, Maine [Published: JUNE 2017]