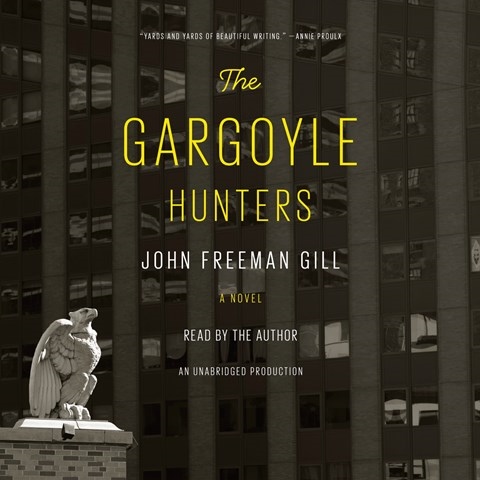 John Gill's decision to perform his own novel for audio is just right. His performance isn't polished, but it's lively and effective, and it deepens the conceit of the story, in which the narrator, Griffin, describes his boyhood with his parents, his mother, bohemian and feckless, and his absent father, obsessed with rescuing (liberating) the architectural ornaments of a vanishing New York. Griffin is a wholly believable and charming character coming of age in Manhattan in the '70's. Gill's knowledge of built New York is granular, and for anyone who cares about the architectural heritage of American cities, and especially of New York, this book is a feast; it succeeds as often-hilarious bildungsroman, as adventure story, and as deliciously accurate and specific urban history. B.G. © AudioFile 2017, Portland, Maine [Published: JUNE 2017]