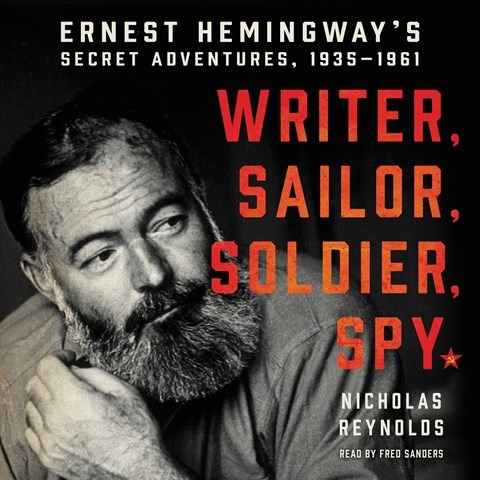 As if Ernest Hemingway's persona were not already mythical enough, military historian Nicholas Reynolds adds to the intrigue in this compelling account of the writer's involvement in espionage. But Fred Sanders's languid narration doesn't match the energy of the cloak-and-dagger yarns the author has collected. With unparalleled access to the source documents, Reynolds brings to light Hemingway's connections to the NKVD, the Soviet intelligence service during WWII, and to the OSS, the Office of Strategic Services, the predecessor of the CIA. Listeners visit the battlefields of Spain and France as well as the Cuban villa where Hemingway hatched an audacious--but unfortunately unfulfilled--plan to attack U-boats from his cabin cruiser. Sanders's spare, scholarly delivery could have been improved by channeling a little of Hemingway's huge personality. D.B. © AudioFile 2017, Portland, Maine [Published: MARCH 2017]