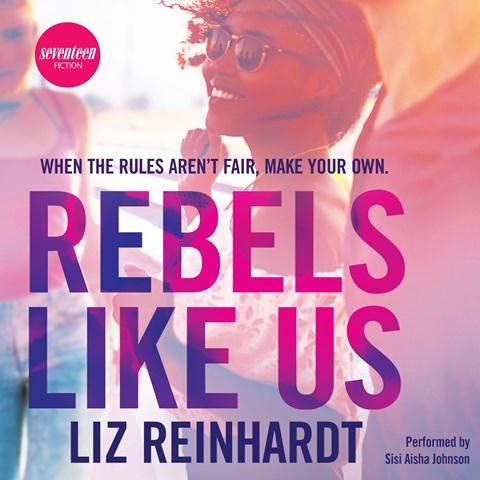 Narrator Sisi Aisha Johnson clearly contrasts first-person narrator Agnes (Nes), who is from Brooklyn, and secondary characters who reside in a small Southern town. Newly arrived Nes has an edgy Northern accent, which is sometimes colored with the Latina rhythms of her Dominican background. Johnson's portrayal of Nes suggests her emotional pain, which relates to her mother, who embroiled them in an unsavory scandal and then moved Nes to Georgia in the middle of her senior year. One can hear the bitterness that has sprung up between them in Johnson's narration. She contrasts these sharp edges with the soothing voice and gentle manner of Doyle Rahn, Nes's new crush. But the softness of Southern accents belies the racism and abuse that lie close to the surface of this story. S.W. © AudioFile 2017, Portland, Maine [Published: APRIL 2017]