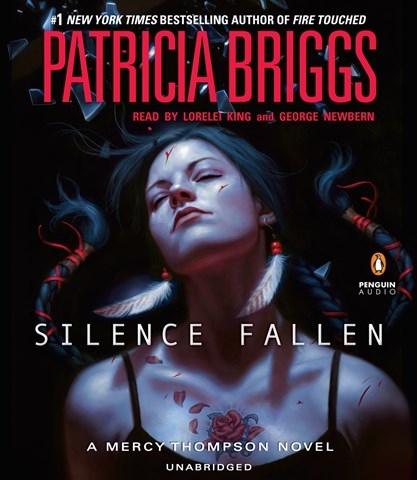 Lorelei King has become the voice of the Mercy Thompson series for many listeners. Fans of the books may be thrown by some changes in Book 10. Previous installments were told in the first person--seeing the story through Mercy's eyes. Now, the addition of a second voice takes some getting used to, as does the shifting of the story's timeline. Mercy is kidnapped and held captive in Europe, beyond the psychic reach of her mate. Although a convoluted subplot involving vampire politics slows down the pace of the story, narrator George Newbern ably delivers Adam's thoughts and frustrations while he's trying to track down Mercy. L.C.L. © AudioFile 2017, Portland, Maine [Published: MARCH 2017]