Home»Reviews»10 THINGS I CAN SEE FROM HERE 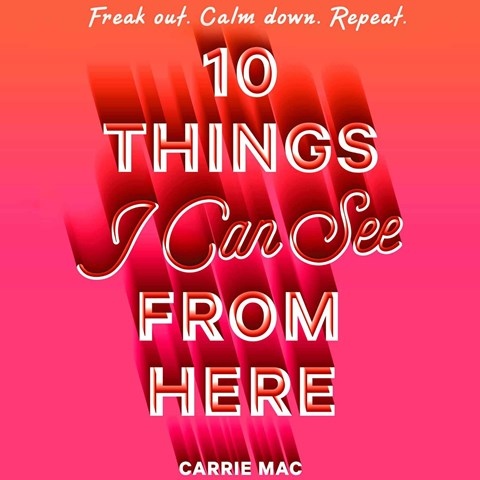 10 THINGS I CAN SEE FROM HERE

Narrator Susannah Jones's high-speed pacing conveys Maeve's jangly thoughts and obsession with every potential scary outcome of her life--complete with research that feeds her anxiety. Jones does an equally fine job portraying minor characters. Whether calm, compassionate, or frustrated, these secondary characters allow listeners a bit of relief from Maeve's intensity. Maeve does have reason for concern as she moves in with her father and his family for six months. Her situation is complicated: Her father struggles with alcoholism, her stepmother is determined to have a home birth, her mother is working far away in Haiti with a new lover, and Maeve has broken up with her girlfriend. Jones builds the tension and then relieves it as Maeve develops honesty, courage, and love for her new girlfriend. S.W. Winner of AudioFile Earphones Award © AudioFile 2017, Portland, Maine [Published: MARCH 2017]