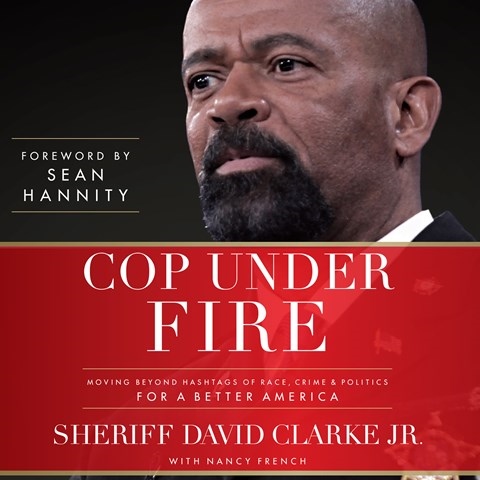 COP UNDER FIRE Moving Beyond Hashtags of Race, Crime and Politics for a Better America

Milwaukee County Sheriff David A. Clarke discusses race, the media, politics, and religion in the rough-and-tumble fashion that has propelled him to the national stage and to becoming an advocate for President Trump. Experienced as he may be with public speaking, he lacks the skills to narrate and should have opted for a professional audiobook narrator. Too often, the production sounds as if Clarke is all but yelling at the listener about how his point of view is the correct one. Coupled with this, he routinely breaks up a steady narrative flow with a stumble as if he's encountered a word or phrase he's unfamiliar with. Why such moment weren't edited out is unclear, but listeners may want to read rather than listen to this book. L.E. © AudioFile 2017, Portland, Maine [Published: APRIL 2017]