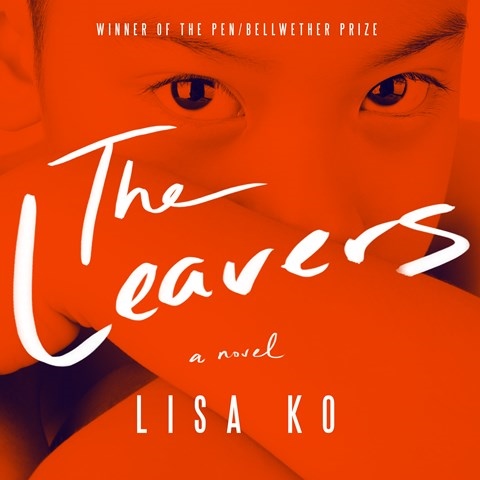 Lisa Ko's debut novel is getting a lot of positive attention, and Emily Woo Zeller's performance of the audiobook does justice to the text. Zeller maintains emotional engagement throughout the story of Deming, a boy whose mother, a Chinese immigrant, mysteriously disappears when he is only 11, leaving him to be adopted by a white couple. Zeller's performance sometimes becomes too dramatic; there are moments when a more understated delivery and a more measured pace would be easier to absorb. That said, the audiobook is a solid listen, thanks to Zeller's consistent portrayals of the complex characters. THE LEAVERS is worth sticking around for. L.B.F. © AudioFile 2017, Portland, Maine [Published: JUNE 2017]