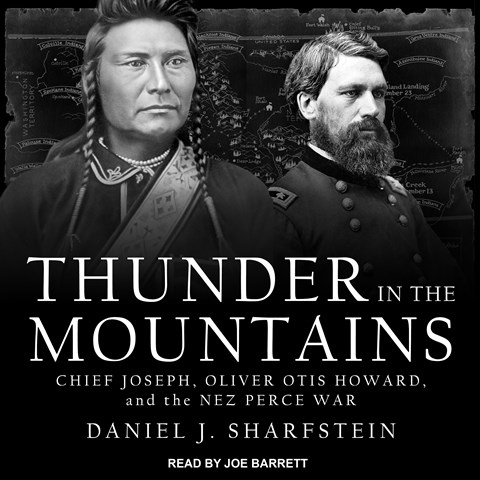 Joe Barrett offers an engaging narration of one of the last great battles between the U.S. Army and Native Americans, examined through the lens of competing figures--General Otis Howard and Chief Joseph of the Nez Perce. The fight was over the control of land and whether treaty obligations would be observed. Barrett's tone exactly fits the author's largely conversational style. While he varies his delivery to suit the material, he resists the urge to add false drama. He sets off direct quotes with slight pauses but doesn't give each speaker a unique voice. The tragedy and irony of the 1877 war are depicted clearly, and Barrett doesn't get in the way at all. R.C.G. © AudioFile 2017, Portland, Maine [Published: MAY 2017]