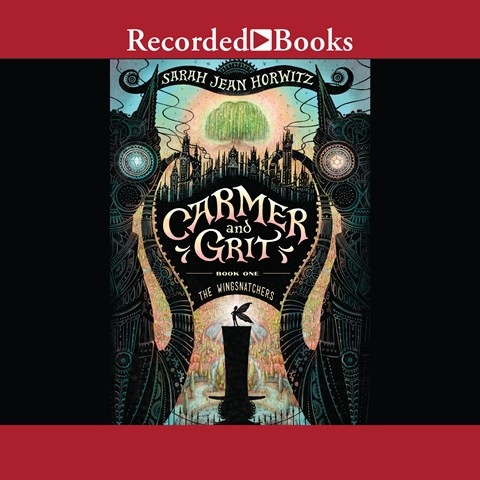 Narrator Suzy Jackson takes listeners on a magical adventure. Carmer, a young magician's apprentice, and Grit, a flightless faerie, work together to stop the mysterious Wingsnatchers from attacking faeries and exploiting their powers. Jackson creates a strong and passionate voice for Grit as she leads the charge against the evil that plagues her fellow fairies. Listeners will be intrigued by Jackson's unique portrayal of the many characters that Carmer and Grit meet while on their mission--from the gruff voice of Madame Mystique to the cross voice of the Mechanist. This fantasy tale, with a mix of faerie and traditional sleight-of-hand magic, will captivate listeners. M.D. © AudioFile 2017, Portland, Maine [Published: JULY 2017]