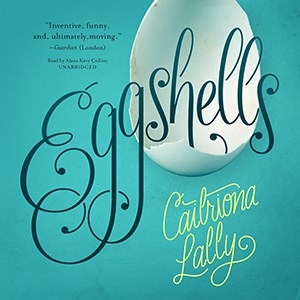 Narrator Alana Kerr Collins has the Irish accent that this story, set in Dublin, requires. Vivian, who tells her own story, was told by her parents that she was left behind by fairies, and she's still searching for the portal that will lead her home. In spite of sincere efforts, she's estranged from her sister, also named Vivian; dealing with neighbors and social workers who think she's crazy or troubled; and searching for a friend named Penelope. Collins gives Vivian a voice that sounds confident as she makes plans and puzzled as she tries to work out why the plans don't succeed. She even manages to inject life into the many lists that Vivian recites. A unique mix of whimsy, humor, sadness, and hope make Vivian a character listeners will want to root for. N.E.M. © AudioFile 2017, Portland, Maine [Published: MAY 2017]