Home»Reviews»THE SILENT SLEEP OF THE DYING 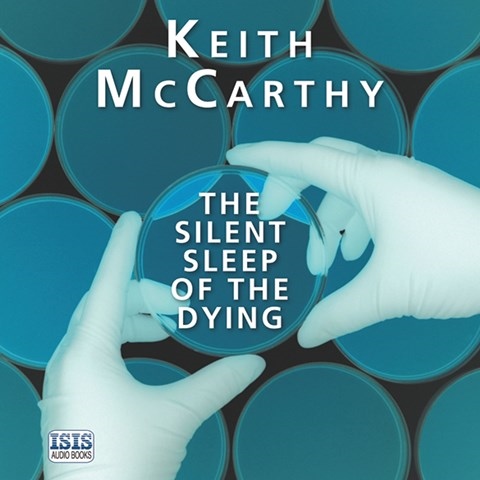 THE SILENT SLEEP OF THE DYING Eisenmenger-Flemming Forensic Mysteries, Book 2

There isn't a better choice than narrator Sean Barrett to deliver the high emotion, terror, and occasional much-needed humor in this mystery. Millicent Sweet's father hires attorney Helena Fleming and pathologist John Eisenmenger after his 23-year-old daughter dies a horrific death. Barrett's description of Sweet's autopsy is painful to hear; every one of her organs is rife with cancer even though she died 10 days after being declared healthy. Listeners will be as appalled as Fleming and Eisenmenger when they realize Sweet's employer, Pel-Epstein Pharmaceuticals, designed an agent to replicate the worst cancer possible. Vivid images, scientific explanations, and two strong female characters--Fleming and her archrival, Beverly Wharton--are passionately rendered by Barrett. S.G.B. © AudioFile 2017, Portland, Maine [Published: MAY 2017]