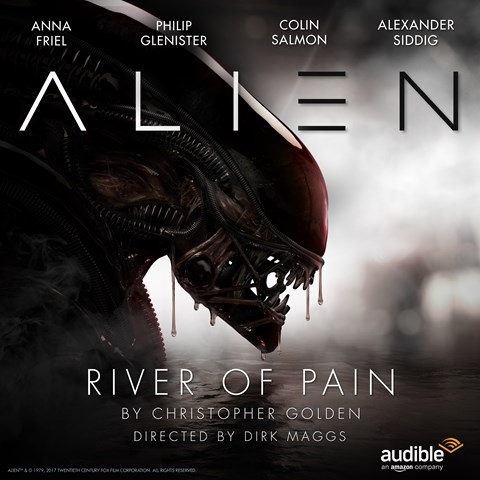 In this full-cast production based on the Alien film series, Ripley awakens from hibernation years later to find out that the planet on which she encountered the alien entity is now an Earth colony. Chaos breaks out as the military, scientists, and ordinary families struggle to defend themselves against deadly creatures that are impossible to kill. Dirk Maggs continues to create masterful audio drama that only gets better. The aliens are known for their frightening appearance--which is not available to listeners, of course. But Maggs coaxes fantastic performances from his cast to convey the characters' dread while also creating a good balance of sound effects. Listeners will remain on high alert about what may be around the next corner. L.E. © AudioFile 2017, Portland, Maine [Published: JUNE 2017]