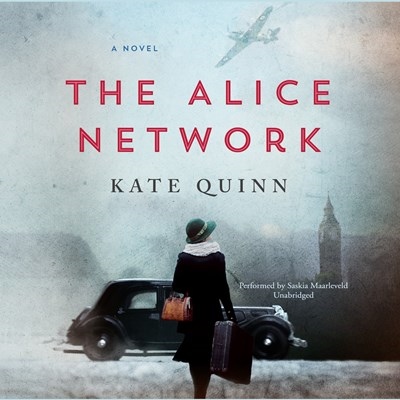 Narrator Saskia Maarleveld escorts American Charlotte "Charlie" St. Clair on a transatlantic voyage in the aftermath of WWII. While in pursuit of her missing cousin, Rose, Charlie meets up with Eve Gardiner, a pistol-toting and whiskey-drinking former spy with a gift for subterfuge and languages, and Finn Kilgore, a charming Scottish mechanic and handyman. Maarleveld slips in and out of French, German, English, Scottish, and American personas as deftly as the spy operatives she portrays. Tension and passions mount as the story shifts between Eve's wartime mission in 1915 and Charlie's present-day circumstances in 1947. Maarleveld's especially discerning performance of Eve's transformation from young, eager recruit to bitter middle-aged woman is revealed in subtle stages. Listeners are treated to an empowering and bittersweet performance. J.R.T. 2018 Audies Finalist © AudioFile 2018, Portland, Maine [Published: MAY 2018]