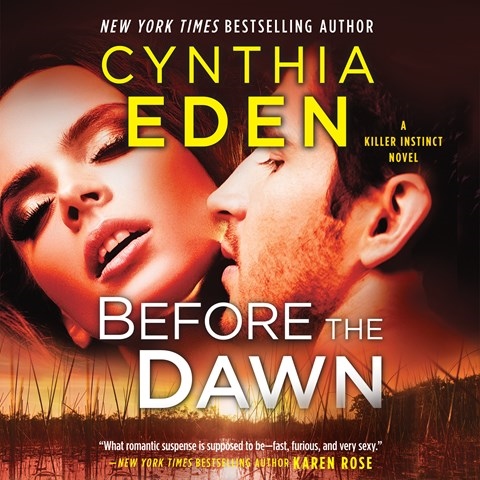 BEFORE THE DAWN Killer Instinct, Book 2

Narrator Summer Morton uses a low, serious tone to deliver this mystery. FBI profiler Tucker Frost can't forget the pain his brother, a serial killer, once inflicted on his girlfriend, Dawn Alexander. Now, years later, a copycat killer brings Tucker to New Orleans, where Dawn is a private investigator. Drawn back together, Tucker and Dawn face deadly peril from an unknown killer whose motives seem personal. Morton's measured pace builds the suspense of the escalating violence. And her controlled portrayal of Tucker captures his laser focus on keeping Dawn safe as the investigation whirls around them. For Dawn, Morton uses a light, yet determined tone. Distinct character voices with hints of Southern accents round out the performance. C.A. © AudioFile 2017, Portland, Maine [Published: SEPTEMBER 2017]