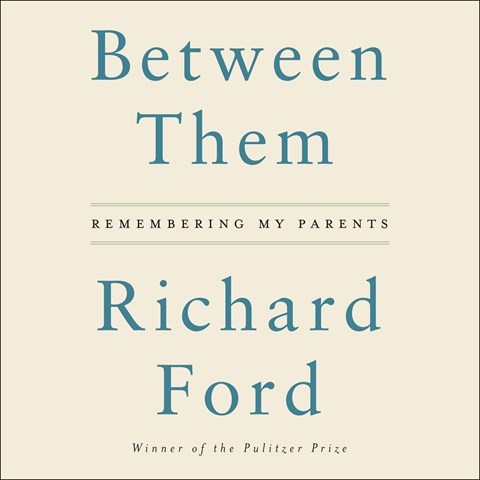 BETWEEN THEM Remembering My Parents

Pulitzer Prize-winning novelist Richard Ford's remembrance of growing up in the 1950s is at times insightful, enlightening, and emotionally evocative, especially as performed by narrator Christian Baskous. Ford gives his mother credit for honing his narrative voice. He spent most of his years with her, as his father, a traveling salesman, died in his arms when he was 16. Baskous uses his dulcet voice and practiced pacing most effectively in scenes in which Ford describes living with his colorful grandfather, the manager of a bustling hotel in Little Rock, prime territory for a young storyteller in search of material. Fans of the the iconic character Frank Bascombe (THE SPORTSWRITER) may find real-life connections between the character and the artist in this examination of recollection, intimacy, and love. R.O. Winner of AudioFile Earphones Award © AudioFile 2017, Portland, Maine [Published: MAY 2017]