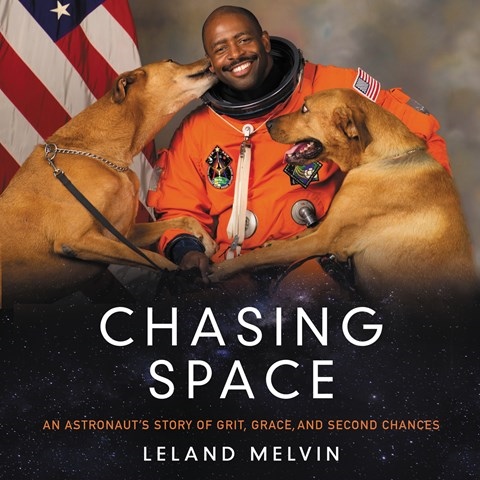 Ron Butler's narration is both understated yet focused, which is the right tone for African-American astronaut Leland Melvin's memoir. Butler's voice takes the listener through Melvin's amazing journey of accomplishment. His successes seem staggering, but he doesn't stop to bask in his glory. In fact, it appears he doesn't stop, period. This is a life trajectory that moves from the NFL to outer space, and only Melvin can make that claim. Throughout, Butler captures Melvin's determined and hard-working tone, as well as his appreciation for those who helped give him perspective and support. Listeners who recently discovered the story of HIDDEN FIGURES will find Melvin's work another part of this larger story. CHASING SPACE is an inspiring audiobook of grit and perseverance. S.P.C. © AudioFile 2017, Portland, Maine [Published: JUNE 2017]