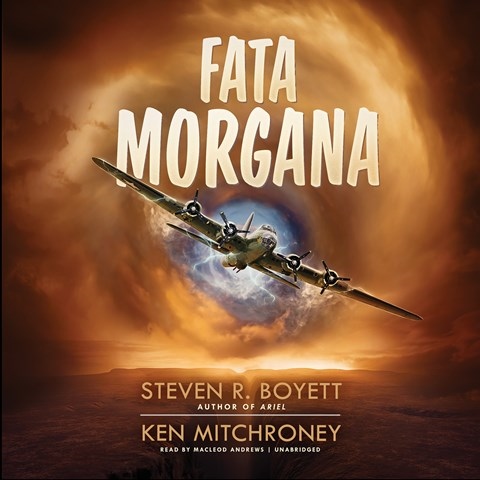 Narrator MacLeod Andrews enhances this audiobook featuring a WWII bomber crew and the remnants of a decimated society. Captain Joseph Farley and his Flying Fortress crew fly through a wormhole in the midst of a mission and find themselves in a decimated land. After coaxing down their damaged plane, they're rescued by local soldiers. Andrews has the vocal chops to handle both the diverse group of airmen and the members of an advanced society who are struggling to survive. With a mix of accents, Andrews creates a distinctive and enjoyable cast of characters in this sci-fi thriller, which will make people think about the unintended consequences of war. D.E.M. © AudioFile 2017, Portland, Maine [Published: AUGUST 2017]