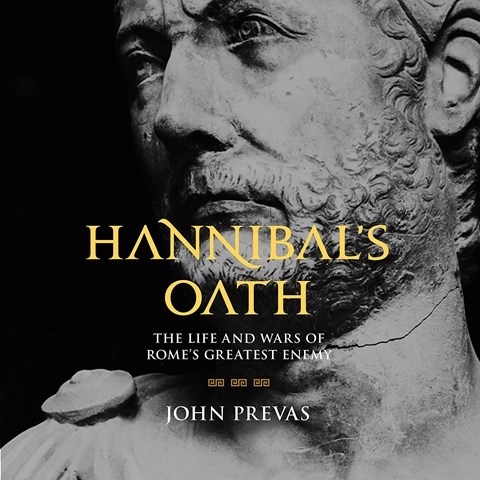 HANNIBAL'S OATH The Life and Wars of Rome's Greatest Enemy

Prevas's account of the life of Rome's great early enemy Hannibal, makes for a fairly engaging story with much interesting detail. But Brad Raymond's narration, while effective in some ways, is significantly flawed. His voice is slightly raspy but expressive and not unpleasant. He's able at using intonation and emphasis to convey meaning, and his pacing is good. But he mispronounces many names, not just ancient, but modern, and even ordinary words. The errors go beyond distracting to confusing, as one can't always be sure of the place names. Worse, however, is that he reads as if declaiming from a stage. Audiobooks tend to be an intimate medium; listeners may find being harangued, as if by a stump speech to a large crowd, simply tiring. W.M. © AudioFile 2018, Portland, Maine [Published: JANUARY 2018]