Home»Reviews»ELEANOR ROOSEVELT: IN HER WORDS 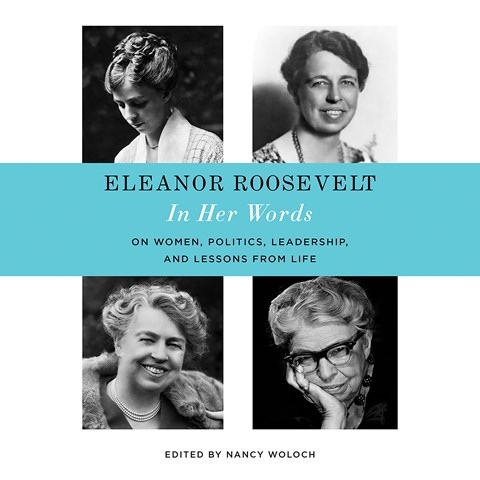 ELEANOR ROOSEVELT: IN HER WORDS On Women, Politics, Leadership, and Lessons from Life

Suzanne Toren’s narration gives the listener an in-depth view of First Lady Eleanor Roosevelt through her letters, speeches, newspaper columns, and more. Using a distinct voice for E.R.—as she is referred to in the text—Toren easily distinguishes between E.R.’s own words, questions from others, and additional notes in the text. Emotions are dramatized through the narration, whether annoyance, humor, joy, or exasperation. E.R.’s thoughtful and poignant replies to questions from the public, her diplomatic and decisive newspaper columns, and her extensive speeches and other writings are as relevant today as they were when first presented. Toren’s narration gives listeners an audience with the inexhaustible and fascinating proto-feminist who served her nation in a multitude of positions. A.L.S.M. © AudioFile 2017, Portland, Maine [Published: DECEMBER 2017]