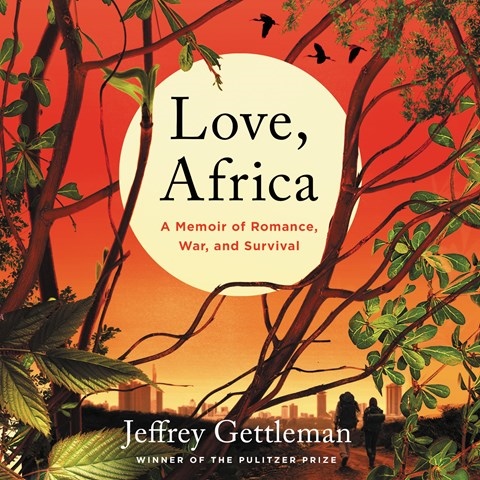 LOVE, AFRICA A Memoir of Romance, War, and Survival

Charlie Thurston proves up to the task of narrating this memoir by NEW YORK TIMES East Africa bureau chief Jeffrey Gettleman. This audiobook weaves the stories of Gettleman's intense career as a foreign correspondent in some of the world's most dangerous places with the story of his courtship, long-distance romance, and then marriage to his Cornell sweetheart. Thurston's steady, even understated, narration works. He neatly handles the adrenaline-laced scenes in which the author and his wife, Courtenay, a videographer, are kidnapped, waylaid, or up to their ears in dust, mud, and fear in various war-torn African nations. This is an audiobook that assesses the dangers and importance of a journalist's calling and is both thoughtfully written and narrated well. A.D.M. © AudioFile 2017, Portland, Maine [Published: AUGUST 2017]