Home»Reviews»A MAN AND HIS PRESIDENTS 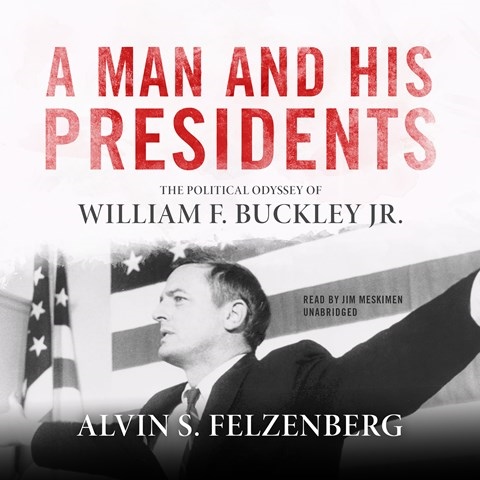 A MAN AND HIS PRESIDENTS The Political Odyssey of William F. Buckley Jr.

This engaging examination of perhaps the most visible and most respected conservative thinker of the modern era, William F. Buckley, Jr., is meticulously researched, articulately written, and beautifully narrated. Felzenberg's work discusses Buckley's close relationship with the Reagans, both before and after the presidential years, his break with George W. Bush over the Iraq War, and the backstairs counsel he provided to many American political leaders. Jim Meskimen's energetic narration charms the listener without pretense. His nuanced delivery and vocal texture are at once respectful, considerate, and absorbing. This is a clear, enticing vocal performance of a thoughtful and positive look at an individual whom you may be convinced, at its conclusion, was a great American. W.A.G. © AudioFile 2017, Portland, Maine [Published: JULY 2017]