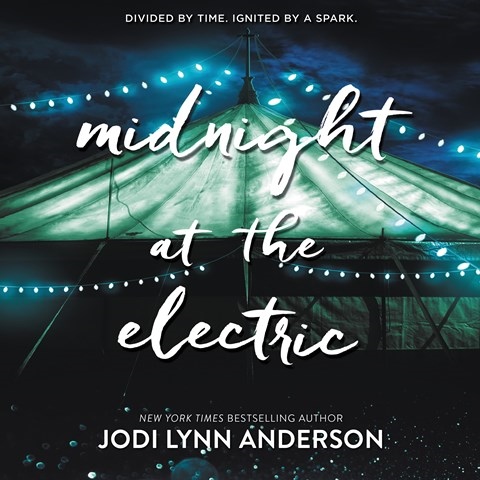 MIDNIGHT AT THE ELECTRIC

A trio of narrators portrays the three heroines in this novel, which nicely integrates its subplots. Jorjeana Marie animates cold 17-year-old Adri, who is orphaned and bound for Mars in 2065. While living with a distant cousin, Adri discovers the writings of two ancestors, and her prickly detachment turns to curiosity, then caring. Bailey Carr reads the emotional journal of Cat, written during the Dustbowl era. Cat is desperate to save her sister from lung disease, passionately in love with the farm's handyman, and angry with her mother for something Adri can't figure out. That anger is linked to Leonore's letters. Fiona Hardingham brings out Lenore's vivacity and consuming grief after her brother's death in WWI. Re-listening is recommended for this compelling audio with its evocative writing, parallel stories, and strong performances. S.W. Winner of AudioFile Earphones Award © AudioFile 2017, Portland, Maine [Published: JULY 2017]