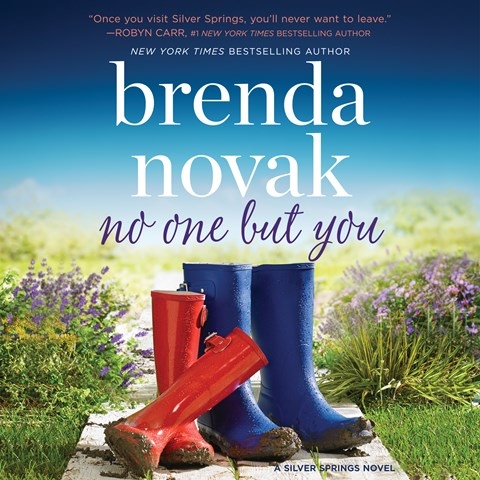 NO ONE BUT YOU Silver Springs, Book 2

Struggling to support herself and her young son, Sadie Harris takes on a job for Dawson Reed, a man just acquitted of killing his parents. Narrator Veronica Worthington expresses Sadie's desperation to get away from her abusive ex-husband. Worthington also brings out Dawson's anguish over his parents' murder as he tries to restore the family farm in order to bring his handicapped sister home. While Worthington is able to get the listener to sympathize with both Sadie's and Dawson's hardships, she doesn't give distinctive voices to the characters, and the listener has difficulty differentiating the speakers. However, the story itself has enough substance to offset this issue. S.B. © AudioFile 2017, Portland, Maine [Published: JULY 2017]