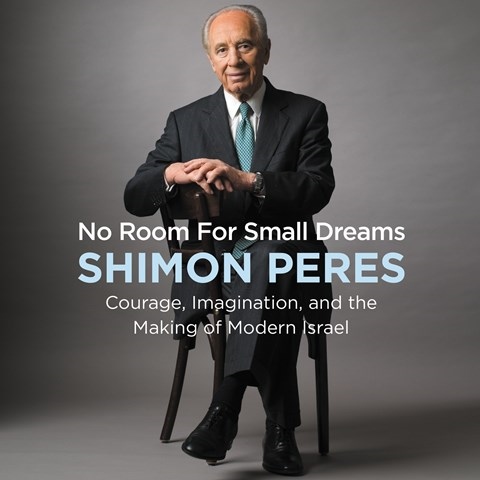 NO ROOM FOR SMALL DREAMS Courage, Imagination, and the Making of Modern Israel

Mark Bramhall doesn't try to sound like Shimon Peres in this series of autobiographical sketches by the former prime minister and, later, president of Israel. But he so inhabits the role as narrator that one might be tempted to think the work is being narrated by the author. He doesn't use an accent, which would be distracting, but his facility with the occasional Hebrew and Yiddish sounds authentic. Peres wrote this book shortly before his death, and in it he covers a variety of momentous periods in Israel's history and his role in each--such as the 1948 war for independence, the raid at the Entebbe airport to free hostages, and the decision to seek peace with Palestinians in the West Bank and Gaza. It's a fascinating look at nation's history, and Bramhall's reading makes it an enjoyable listen. R.C.G. © AudioFile 2017, Portland, Maine [Published: SEPTEMBER 2017]