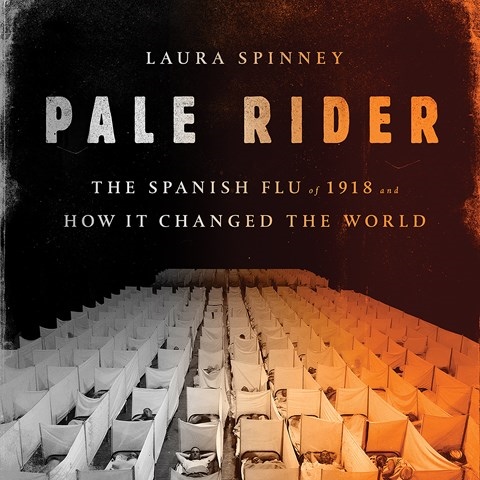 Paul Hodgson's narration is engrossing, even as he conveys a lot of statistics and scientific information about the Spanish flu epidemic of 1918. The outbreak is believed to have been deadlier than WWI, with more than 50 million deaths. Author Laura Spinney reminds listeners of the forgotten killer and traces epidemics back through history to ancient Iraq and Greece. As the 1918 epidemic goes around the world, the stories blend the human and the scientific. New York City's successful efforts to save lives are a fascinating example of the astute handling of a health crisis. Unusual stories, such as how an insurance payout began the Trump family's rise and how the character Nosferatu reflected the situation, are also included. J.A.S. © AudioFile 2017, Portland, Maine [Published: NOVEMBER 2017]