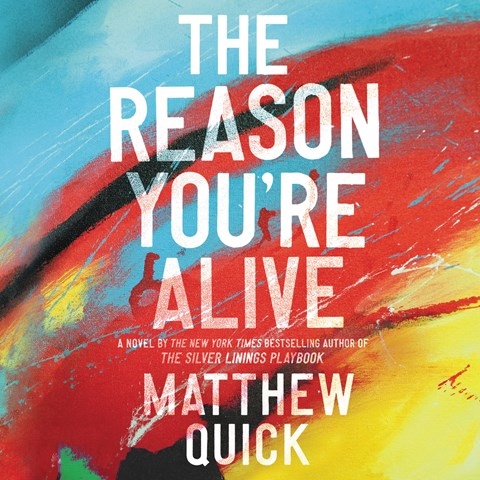 THE REASON YOU'RE ALIVE

Narrator R.C. Bray brings the contentious, gruff yet thoughtful main character of this moving novel to life. David Granger, a Vietnam combat veteran who is coping with demons from his years of active duty, is now facing life after a brain cancer diagnosis. Granger speaks to the listener about his estrangement from his wife, slowly revealing family secrets that shed light on his life and worldview. Granger isn't subtle; he's direct, brash, and opinionated, but he occasionally allows his conflicts and demons to be exposed. Bray understands this character, and his performance, which consistently hits the dramatic, shocking, and humorous notes expertly, is simply remarkable. This is one of the best matches of material to narrator this year. S.P.C. Winner of AudioFile Earphones Award © AudioFile 2017, Portland, Maine [Published: AUGUST 2017]