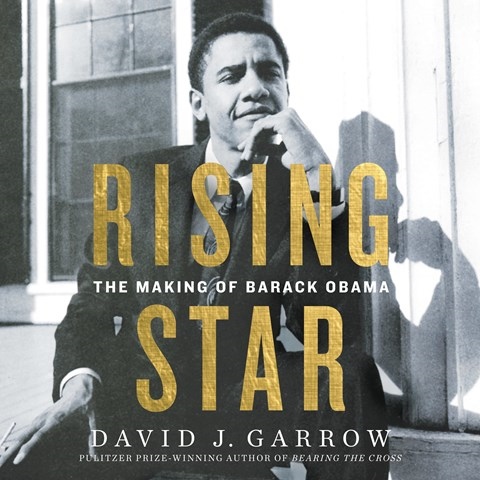 As the first two hours of this audiobook pass by with no mention of Barack Obama, listeners may wonder if there's been a mix-up. Alas, that's just how it is with this excruciatingly detailed biography. Narrator Charles Constant does his best to keep an inflated 56 hours of audio engaging. He's a skilled narrator and capable guide through this account of Obama's early life and rise to political prominence. Constant's efforts are admirable, but the sheer amount of information presented, though impressive from a research standpoint, undermines any chance for a cohesive narrative. Those interested in Obama's presidency may be disappointed that they have to wait until the epilogue. This production is not recommended for casual listeners, but serious political science and biography buffs may find it worthwhile. A.T.N. © AudioFile 2017, Portland, Maine [Published: JUNE 2017]