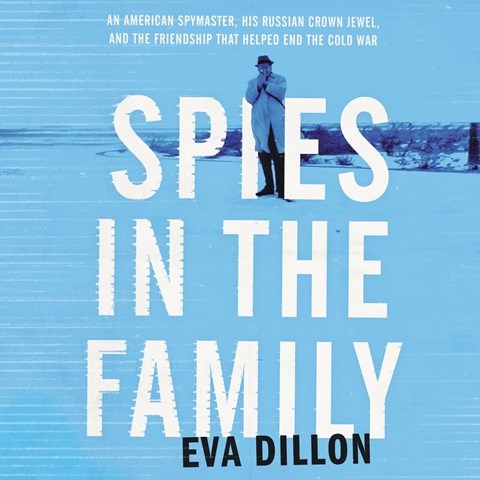 SPIES IN THE FAMILY An American Spymaster, His Russian Crown Jewel, and the Friendship That Helped End the Cold War

The havoc that traitor Aldrich Ames wrought on the espionage community in the late twentieth century was personal for author Eva Dillon. Her father, Paul, was an agent for the CIA and was close friends with Soviet agent Dmitri Polyakov, who became a mole for the Americans. Eventually, he was exposed and executed. Narrator Gabra Zackman captures the fun of being a CIA brat as Eva grows up in Mexico, India, and Rome. But these autobiographical anecdotes turn out to be a small part of her audiobook. The the real story focuses her father's friendship with Polyakov, revealed through correspondence and interviews, and the valuable information he provided as a Soviet mole. Zackman vividly depicts these real-life characters and tells a gripping story. J.A.S. © AudioFile 2017, Portland, Maine [Published: JULY 2017]