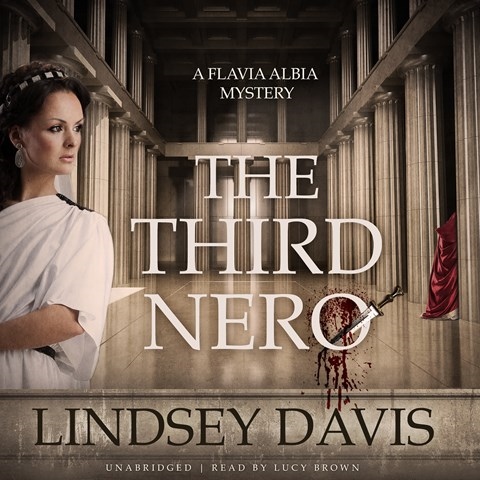 Versatile narrator Lucy Brown plunges listeners into the intrigue of the Roman Empire under Domitian. Brown delivers this complex mystery in a multitude of voices, each one distinct. Flavia Albia, the adopted daughter of Marcus Didius Falco, has taken her father's place as spy and intelligencer. She must uncover the identity of the third Nero, an imposter who threatens Domitian's empire. Brown's strong performance makes the eternal city of Rome come alive. She imbues the Roman characters with British accents and the foreigners, particularly the Parthians, with exotic tones. Flavia Albia travels from the Forum to the Capitoline, from infamous prisons to luxurious houses, interviewing anyone who is likely to know or help the imposter. With each journey and interview, Brown brings this ancient world to life. M.B.K. © AudioFile 2017, Portland, Maine [Published: SEPTEMBER 2017]