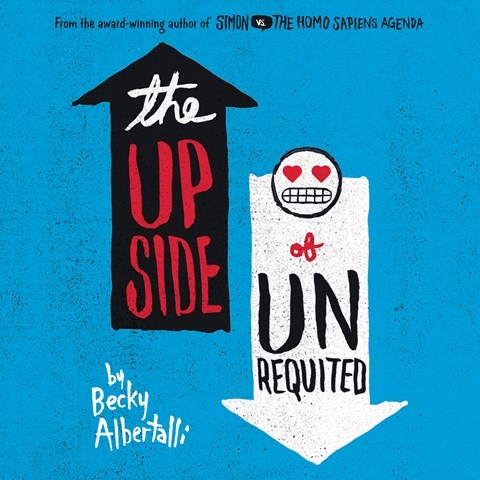 THE UPSIDE OF UNREQUITED

Arielle DeLisle clearly differentiates the large cast of characters in this audiobook and the rainbow of feelings inherent in adolescent love. Seventeen-year-old Molly is headed for Crush #27--and none have ended in so much as a kiss. DeLisle's narration adds to the story's natural dialogue and honest emotions. She captures Molly's angst, which contrasts with her twin sister, Cassie's, confidence. Molly wonders if being sperm-donor twins is the reason she's overweight and less datable. As Cassie enters a more serious relationship with the beautiful Mina, Molly feels herself drifting apart from her twin and away from family. She's more concerned about hiding her first promising crush than joining the celebration of their mothers' wedding. The diversity of characters and crushes and the many views of individuation are well integrated into the story. S.W. © AudioFile 2017, Portland, Maine [Published: APRIL 2017]