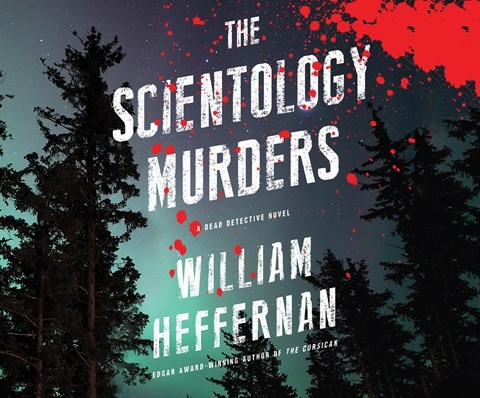 John McLain introduces listeners to Harry Doyle--known as the "Dead Detective" because he was once clinically dead and has the ability to hear the dead speak. Doyle and his partner investigate a killing in Florida. The case quickly leads to Scientology's upper echelon. McLain does a great job with the assorted characters, especially the killer, whom he gives a creepy, nervous, shaky voice. All the voices are distinct, easy to keep track of, and appropriate--from a Brooklyn-born cop's to an Alaskan businessman's. The only vocal characterization that is a bit uneven is that of Doyle's partner, Vicki, but it in no way mars the narration. As the chase continues across country for the killer, bodies left in his wake, McLain keeps pace with his array of varying tones and identities. M.B. © AudioFile 2017, Portland, Maine [Published: SEPTEMBER 2017]