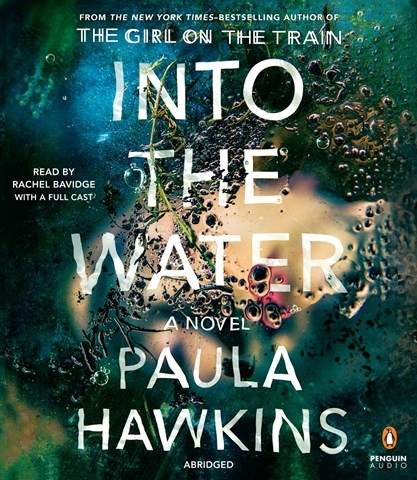 The river has claimed many lives over the years, and in the span of less than one year, two more women have been claimed. One woman had been researching the river and its victims; the other was a teenager who had no known motive to kill herself. Five narrators tell the story from the points of view of more than 15 characters. Each character's voice is unique, but the multitude of changing perspectives can be difficult to follow at times. Paula Hawkins's second novel, like her first, THE GIRL ON THE TRAIN, creates a world in which the listener isn't sure which narrator to trust. Though not quite as strong as her debut, this new audiobook weaves a curious mystery that listeners will find intriguing. A.G.M. © AudioFile 2017, Portland, Maine [Published: MAY 2017]