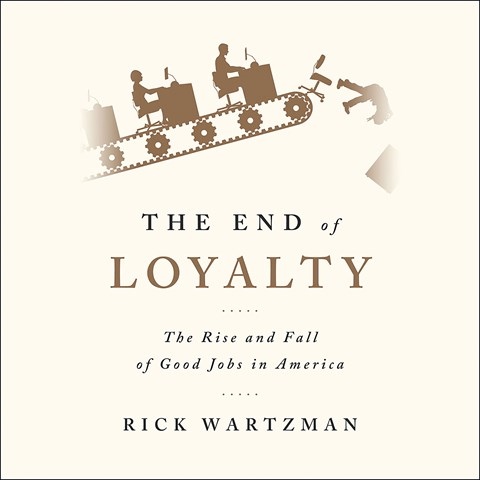 The author's narration falls just short of being too earnest--there's enough pathos in the story itself. But his sincerity and command of his phrasing make this an excellent way to learn about why the traditional contract between workers and employers has changed. With his 15 years writing for the WALL STREET JOURNAL evident throughout, Wartzman explains that employees became disposable when stockholder value became more important than a corporation's desire to contribute to society and maintain trust with its workers. He chronicles the changes as they played out in four iconic American companies, drawing enough colorful portraits along the way to make this story more human than ideological. The depth of his historical knowledge and the strength of his arguments for rebalancing the situation make this a compelling audio for good citizens and political junkies alike. T.W. © AudioFile 2017, Portland, Maine [Published: JUNE 2017]