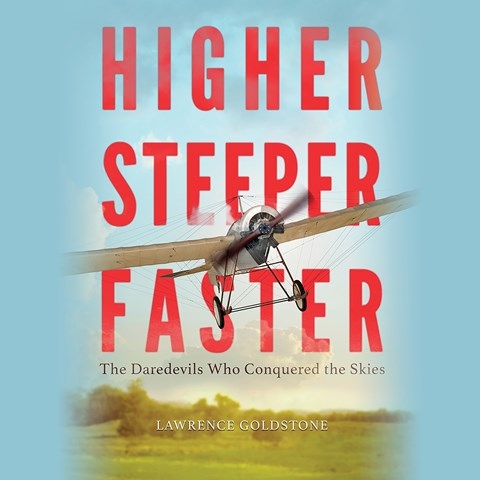 HIGHER, STEEPER, FASTER The Daredevils Who Conquered the Skies

America's first test pilots were the aerial daredevils who strove to go higher and faster and to do rolls, dives, and other stunts, often in the name of entertainment. But they also helped early plane builders construct increasingly safer and stronger aircraft. That's the focus of this book, written as a series of profiles that make it eminently suited to audio. Robertson Dean offers an engaging narration, altering his voice slightly to match the tone of the text. He's excited when appropriate and even gravely serious when needed. Because the author includes inserted background notes--for example, a brief explanation of who Queen Victoria was--the production's continuity is occasionally broken. This is a title for young listeners, but adults will find it engaging and informative. R.C.G. © AudioFile 2017, Portland, Maine [Published: APRIL 2017]