Home»Reviews»NO ONE CARES ABOUT CRAZY PEOPLE 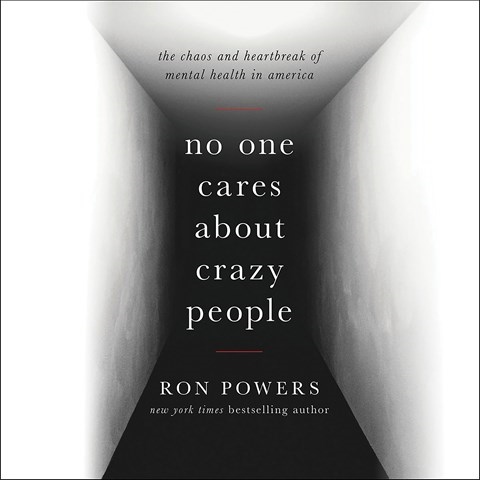 Ron Powers is angry at the lack of treatment for the mentally ill in this country and personally heartbroken at the loss of his son, Kevin, to suicide from losing his battle with schizophrenia. Powers's voice is resonant and strong with an undercurrent of melancholy and an overlay of fury, making it a raw and searing experience for the listener, too. The litany of outrage includes tours of asylums as entertainment, expensive wonder drugs, deinstitutionalization dumping millions of mentally ill on the streets, pseudoscientists denying mental illness altogether, and the political aide's email that provides the title to the book. The battle to find treatment for Powers's younger son, Dean, as he too experiences schizophrenia and attempts suicide is riveting and terrifying. Both sons are accomplished guitarists and multiple snippets of their magical musical performances enhance the narrative. A.B. © AudioFile 2017, Portland, Maine [Published: JUNE 2017]