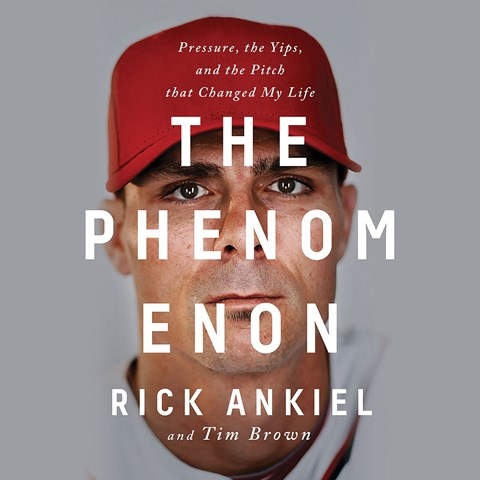 THE PHENOMENON Pressure, the Yips, and the Pitch That Changed My Life

Rick Ankiel's spectacularly wild pitching during a Major League playoff game as millions of fans watched became a St. Louis Cardinals legend. Ankiel exudes sincerity and humility in his narration as he recounts his many years of trying to regain control of his pitching. While this memoir likely will be enjoyed most by baseball fans, Ankiel's story is really about the search to master anxiety and what to do when every strategy fails. He reads self-help books, practices deep breathing, medicates, and employs a sports psychologist. When Ankiel finally gives up the fight and reinvents himself as a home-run-hitting outfielder, he finds a way forward. The hard-won peace with his life and unique career is right there in his voice, along with optimism for the future and determination to be a great father to his sons. A.B. © AudioFile 2017, Portland, Maine [Published: APRIL 2017]