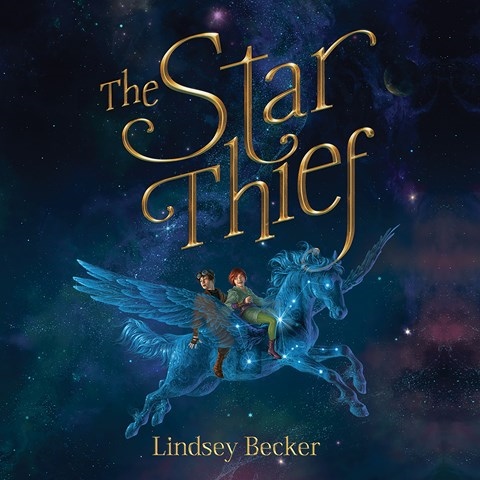 Honorine, a young maid in Lord Vidalia's mansion, becomes embroiled in a power struggle between the Mapmaker and Captain Oliphant, who are fighting for control of the Mordant, which are physical manifestations of constellations. Narrator Amy Landon taps into Honorine's sense of loyalty and willingness to stand up for what's right. The Mapmaker exudes primordial power from every pore in a deceptively friendly voice just seconds from being truly menacing. Each Mordant's voice reflects its celestial gift; stellar examples include the steady baritone of Lux, the protector; the soothing tones of Serona, the healer; and the confidence of Astrella, the leader. The building tension never wavers as Honorine is rescued by a sea monster, sabotages machinery, and joins her companions in waging a final battle against the hounds of hell. M.F.T. © AudioFile 2017, Portland, Maine [Published: MAY 2017]