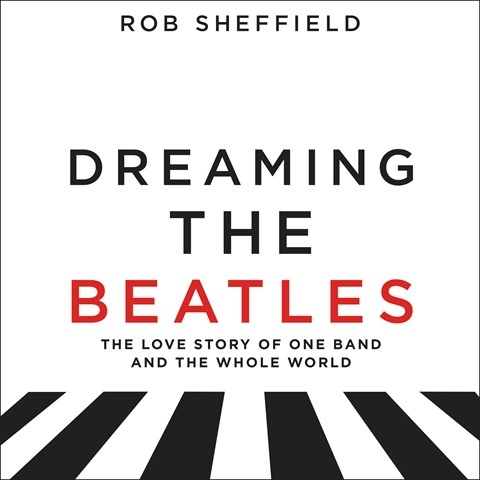 Rob Sheffield is a hip ROLLING STONE writer, but his cool cultural criticism comes with a charming nerdy-fan quality. His voice is both languid and enthusiastic as he explores the long-lasting impact of the Beatles in these eclectic essays. Sheffield heads off on tangents that are often startlingly original--quite a feat with such an oft-discussed topic. He argues that the Beatles have the best first song on a debut album ever, ponders RUBBER SOUL as their best album, and identifies Ringo as the friendly Beatle even as the band split apart around him. The age-old question of the Beatles versus the Stones even has a new spin. Sheffield knows he can't pull off a British accent, but it's always clear when he is riffing with song lyrics or quoting a British mop top. A.B. © AudioFile 2017, Portland, Maine [Published: JUNE 2017]