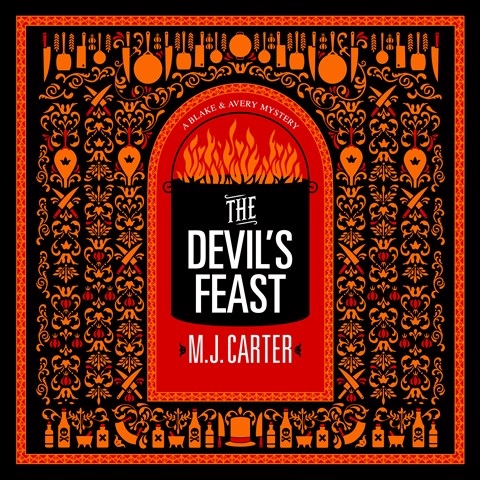 In Carter's third Avery and Blake outing, narrator Alex Wyndham's dark, whispery baritone sets the tone as the table is set for some mouthwatering Victorian dishes and a heaping portion of dastardly dealings. Captain William Avery finds himself at a posh dinner at the Reform Club, London's most elegant gentlemen's club. While there, a Whig member of Parliament meets a horrible death. Food and drink of the period were commonly laced with chemicals, opiates, and even arsenic. To keep the club's and its kitchen's reputation spotless, Avery is asked to conduct a discreet investigation into the death. Wyndham credibly presents the hapless Avery's anxiety about investigating without Blake and his droll dealings with Russian spies, egotistical celebrity chefs, secretive kitchen staff, and upper-crust club members. S.J.H. © AudioFile 2017, Portland, Maine [Published: JULY 2017]