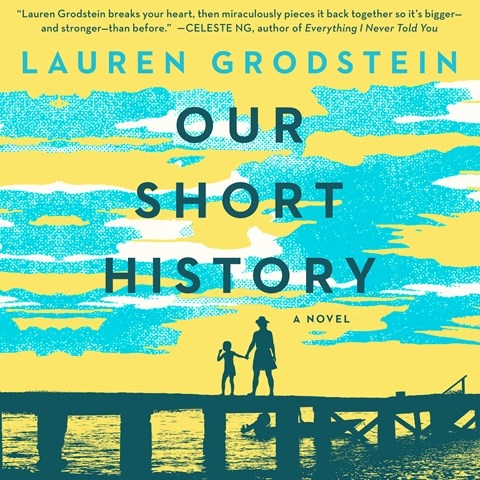 Narrator Karen White skillfully navigates the barrage of emotions in Grodstein's heartrending story of a dying mother who is writing a memoir for her young son to read when he's older. White's clear delivery captures both the grim determination of the single mother as she fights to maintain normalcy while dealing with terminal cancer--as well as the anger she feels at the cruel hand she's been dealt. White effectively conveys the anguish any parent would feel in this tragic scenario. The subtle use of tempo and intensity lets White bring the listener all the inherent drama and pathos without becoming maudlin. Pairing a talented author with a skilled narrator renders a difficult subject approachable--but bring the tissues. M.O.B. © AudioFile 2017, Portland, Maine [Published: JULY 2017]